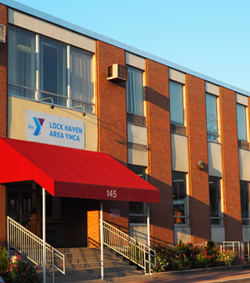 On September 9, 1980, we held an exploratory home-meeting in a rented room at the local YMCA. Dave Button was our group leader and we had about 15 people. The decision to officially start a church was June 27, 1981. 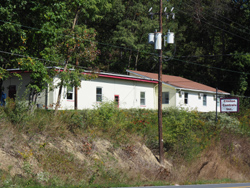 From July 1981 until March 1982, we met at 124 Woodward Avenue (now the Community Nursing Building) in Dunnstown.

From March 1982 through November 1982, we met at a home on Bellefonte Avenue until we could find a new building. On July 11, 1982, Dave Button became ordained as our pastor and remained the pastor until August 1988. 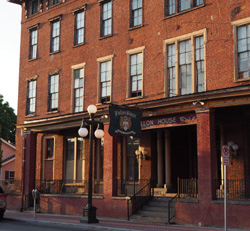 In October 1985, we took a big step of renting with the intent of buying the concrete building at 860 Woodward Avenue, right across from Overdorf’s Ice Cream in Dunnstown.

We officially changed our church name to the House of the Lord Fellowship on February 18, 1986. We purchased the Woodward Avenue building on May 23, 1987.

In March 10, 1988, we held our first presbytery, and the outcome of this presbytery resulted in God clearly speaking that John and Lynn Snyder were to become the pastors of the church.

On August 31, 1988, John Snyder became a licensed minister and was then ordained as a pastor by The Door Fellowship of Williamsport. 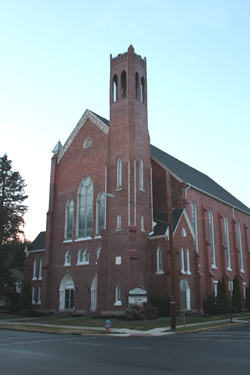 In 1993, another dramatic move occurred for us. We had outgrown our little concrete block building on Woodward Avenue, and were miraculously able to purchase our now present building, the former Trinity United Methodist Church.

We sold the Woodward Avenue building in December of 1993. We moved into this gigantic church building with 50 people and laid a new purple rug in the temporary downstairs sanctuary. December 12, 1993, was our first official church service in the new building.

We saw a special prophecy come to pass; for not long before looking for a new church, in September 1990, Pastor Mark Holcomb from the Door Fellowship had prophesied, that God would bless us with a “Temple in the inner city”.

In June 2006, we held a weekend long celebration to commemorate our Church’s 25th Anniversary. It was an enjoyable time of remembrance and thanksgiving reflecting our roots and history. 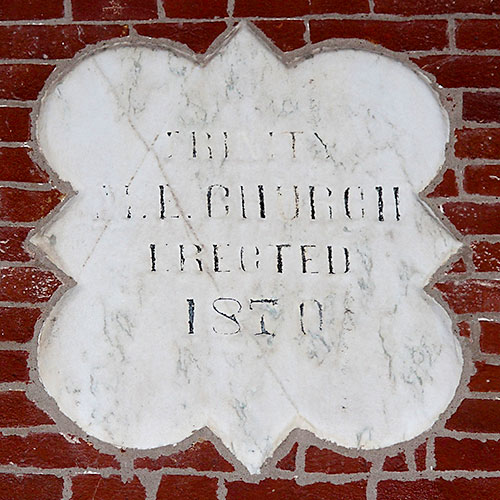 “It came even to pass, as the trumpeters and singers were as one, to make one sound to be heard in praising and thanking the Lord; and when they lifted up their voice with the trumpets and cymbals and instruments of music, and praised the LORD, saying, ‘For He is good, For His mercy endureth forever: that then the house was filled with a cloud, even the house of the Lord; so that the priests could not stand to minister by reason of the cloud; for the glory of the LORD had filled the house of God”

We’d love to hear what you believe – and why. You’re always welcome!

Join us this weekend

What to Expect at Our Church

Something incredible happens when you worship with other believers, when your experience the presence of God, and when you develop a dynamic relationship with Jesus and Christian friends—you can’t wait to get there!
Learn More

How to Find Us

We’d Love to Hear from You